I'm sitting on my couch going over some of the 500 plus, photos I took last weekend, and decided this was a good time for a blog post. The last few days have been just plain full of bouldering, photography, and some beautiful weather and locations.

This adventure started with BoulderFest, a bouldering festival hosted by Climb Nova Scotia on the beautiful Dover Island. Dover Island is an uninhabited island just off the coast of West Dover, Nova Scotia, not far from the well known Peggy's Cove. Dover Island is well known by sea kayakers and sailors, but its claim to fame is really with the climbing community. The ocean facing side of Dover Island is subject to the harsh North Atlantic, and the action of the waves has eroded the soil away from much of the coast of Dover, exposing granite boulders, and cliffs, creating a bouldering paradise.

BoulderFest is a climbing event hosted by Climb Nova Scotia, a none profit organization, run by volunteers, dedicated to supporting local climbers, and developing climbing in Nova Scotia. The great folks at Climb Nova Scotia give up alot of their time to make BoulderFest one of the best climbing festivals in the world.

After getting to the island, I got my tent set up and headed for the climbing. I didn't really have much of a plan so I just kind of rocked what ever route caught my eye. However, it was a pretty hot, and I soon joined the the growing fad of hiding in the shade of a cave. After a couple more sends and a dip in the tidal pool, I headed back to my tent to grab more water, and just happened to run into a good friend Marcel Bourgeois. Marcel and I met last year at BoulderFest, and even spent some time hiking in the Cape Breton Highlands. We quickly caught up and swapped some stories from the winter, then headed down for some supper and socializing.


Supper was pasta and salad, served by the great volunteers from Climb Nova Scotia, and a keg of Propeller Beer to wash it all down. Propeller was gracious enough to donate a whole keg to the event, and with only about a hundred people on the island (to protect the delicate ecosystem on Dover Island), there was more then enough beer to go around. After dinner, the prize draws, with prizes ranging from chalk bags to crash pads, had everyone on the edge of their seats. I didn't win anything of course, but I did make a couple new friends.

After supper and the prize draw I grabbed my gear and joined the train of people with head lamps and lanterns heading to the climbing routes for some serious night sessions. I watched some people work The Bear (V4) before heading to my project of the night, The Wave (V5) also known as Jody's Roof. I didn't get the send, but I did make progress so hopefully before the end of the summer. A couple hours went by and the word came that there would soon be fireworks back at the meal area so I started heading back. I caught the fireworks, made my self a cup of tea and socialized for a bit, but I was pretty tired, so I went to bed, and caught some z's so i would be ready for the next day of climbing.

The next morning I woke up and headed to breakfast. Climb Nova Scotia came through again, and supplied croissants, huge muffins, and coffee. I met up with Marcel and we agreed to meet at The Wave when we were done packing our kits, so I scarfed my food down, headed back and packed my kit up then headed to The Wave. Marcel soon showed up and we worked the wave for a while, I made about one more move in progress but Marcel finally managed to send it on his last attempt. We met up with a couple of other climbers that we had met the night before, and we all headed to the next project. We ended up at John Doe (V4), and started working out the beta. We all realized very quickly that we were all quite tired, so after watching many attempts but no sends, Marcel, our new friends, and I decided to call it a day. We grabbed our stuff and headed to the boat launch and with a bit of a lineup Marcel and I let our new friends go first since we were in no hurry to get back to the mainland. But our turn came and we were soon back in the real world heading towards Halifax for some food.

We ended up at Rogues Roost, and with some great food and a great view of  "Skin-Garden Road". Some how though, Marcel managed to talk me into going to Monday Night Bouldering, and the next thing I know we are at a gas station and I'm stocking up on Gatorade and Redbull. We showed up to the carpool location and met up with the other climbers. We were soon on our way to the West Dover area... again. This time we were heading to The Lake Boulder, a great boulder, in a great spot with a bunch of problems on it. That said I wasn't in any condition to be climbing, so I ended up taking a bunch of pictures. Marcel was in the same boat so we soon called it a night and Marcel dropped me off, we said our goodbyes and he headed back to New Brunswick.

That was pretty much my BoulderFest and it was worth every last penny. can't wait till next year!

As some of you may know I happened to purchase a Nikon D70S Digital SLR about eight months ago, and ever since, I have been teaching my self some photography basics. When I was in Europe I discovered that I really like taking pictures of lighting, and Tuesday night was awesome for lightning! With large lightning storms moving across Nova Scotia, I couldn't help but climb a large hill and try to get some good pictures. 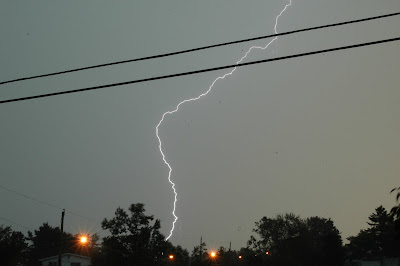 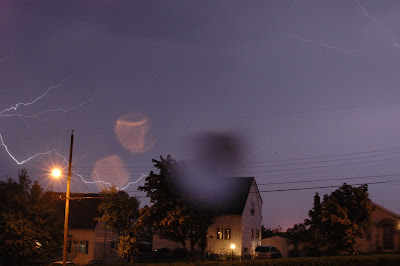 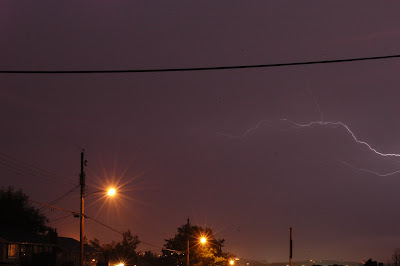 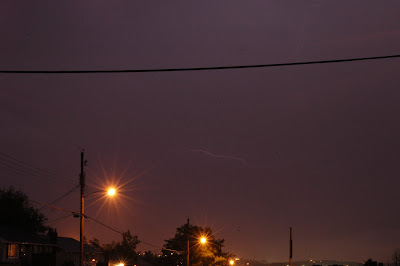 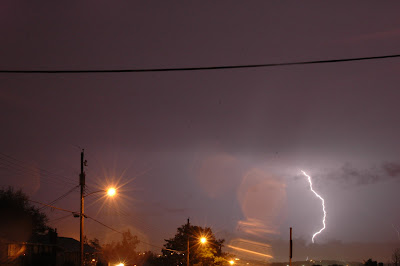 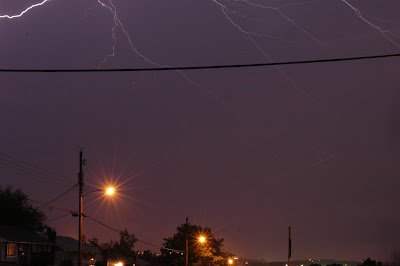 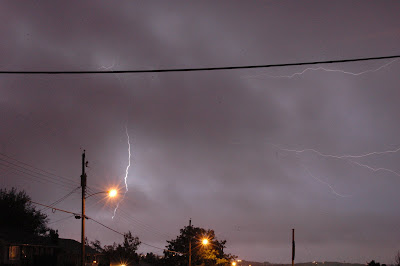 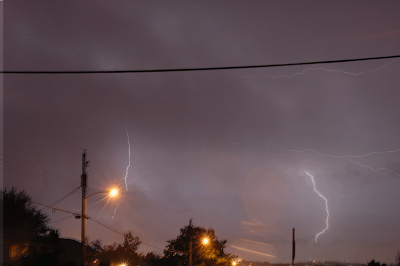 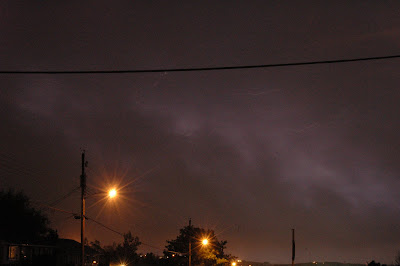 Where I have been

AdventureDiary
I'm Cody. I am never more at home then when I am outdoors. I have extensive survival training and teaching/organizing experience. I love anything and everything that gets me outside.